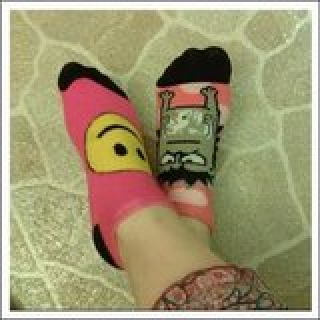 Ok, that was a mangle and a half. I need to get in here and clean house, most of my menu stuff is so old. Dang, people actually been coming here somewhat steadily. *snif* That seems so sweet, lol. Actually, I’ve caught hack teams assembling with plans to get into my discord, so… Maybe it’s a good thing this was locked up so tight.

So pinkfeldspar.blogspot.com is a permanent thing now, that hubs nearly everywhere. Crazy year for everyone on the planet, heard it might get a little crazier before it smooths back out this spring.

I’ve been downloading archives from blogs, youtube, etc, with big tech in and out of multiple hearings this year I just don’t feel comfortable that my content is secure. I remember the old days when media monopolies were forced to break up into smaller pieces, and if that happens to tech giants like google, facebook, twitter, and youtube, who knows what might happen. Some of you may remember when youtube changed their root coding and loads of youtubes were suddenly vanished into oblivion because users weren’t aware and cognizant of how to transition their uploads. I lost several that I can’t seem to recover at all. Also, I’ve been through so many medias vanishing and transitioning, like myspace and Xanga and and more, I’ve gone through horrific losses, some salvageable, some not. Just makes sense to archive what I can asap before more medias get dragged through more court hearings, because this election fraud thing seems to be saturating all the medias as key players complicit in diversions, coverups, and even interference, which is, by law, actual treason. Be smart and proactive about your content, ok?

Over the last two years I’ve laid pretty low as I’ve come under fire as a Russian spy (laughable, but seriously not funny), a target for cyber attacks, an actual dox threat, and a threat to democracy, if Jack and Zuck have their say censoring as many accounts as they do. I’ve not lost an account yet, but I’ve gone through months of severe shadowbanning, and for those of you not being shadowbanned blowing that off, imagine trying to share something as simple as a meme or a link, and social media says NOPE before you even get it posted. Months of that. Guys, I’m not a threat to democracy. They just don’t like me being a free thinker. Anyone who has read my pinky blog series knows I am a very free thinker. I came back out publicly free thinking in 2012 after a hiatus, and I have not lost any traction at all with readers simply saying what I think, no monetization, no writing contracts, so affilitions. Just me.

That is free speech, and I’m here to tell you that free speech is very clearly being remolded into thoughtcrime by AI algorithms that have nothing to do with actual laws protecting human sovereignty and rights.

I really like the 8kun philosophy: “For those entering the boards You are about to enter an area of free speech, the likes of which you are probably unaccustomed to. With the exception of illegality, anything goes. There is no safe space. Feelings will be hurt. Get used to it. We won’t coddle you.” THAT is free speech. If you don’t like something, scroll past. Same on twitter and facebook. There is mute, block, unfollow, etc. Why do we need AI algorithms to filter? Maybe because someone doesn’t want us to think certain ways.

I noted on one of my pinky posts that you don’t see Stephen King standing up for free speech, and I called him a pussy. He’s a slave. He does what he’s told.

How about you guys? You think what they tell you to think? Without serious question? Without research? Without really knowing why? If you have an auto-reflex to defend what you are told by your technocratic superiors what to think, you might wanna check into that.

This is the reason why janikabanks is heavily shadowbanned across social medias. Something to think about.